skip to main | skip to sidebar

WHY IS UNSUSTAINABLE PALM OIL EXPANSION A MAJOR ENVIRONMENTAL PROBLEM?

Vast swathes of tropical rainforest are being cleared to grow palm oil, especially in Kalimantan, where it is estimated that an area the size of three football pitches is cleared every minute. This deforestation is avoidable – millions of hectares of degraded land stand empty or unused in |ndonesia – but the potential profits from selling the timber reduces the costs of setting up a plantation by around 40%. Often, unscrupulous companies acquire land for the sole purpose of selling the valuable timber harvested from the hardwood forests – in many places the cleared land is not then developed for palm oil, with companies declaring bankruptcy in order to fulfil their contractual obligations. Even companies that do establish palm oil plantations sometimes choose to convert forested land because of the profit from the timber – this provides an immediate cash injection into the company when they must wait 3 to 4 years to harvest a profitable crop from young oil palms.

World-leading orangutan experts have now identified the clearance of rainforest for palm oil expansion as the single greatest threat to the survival of the orangutan in the wild. Current estimates are that each year 5,000 orangutans are dying in Borneo, and 1,000 a year in Sumatra – that means 15 orangutans are dying every single day. This is catatrophic for the orangutan, but also reflects the loss of a wider rich and unique biodiversity within the Indonesian rainforest. For example, Sumatran lowland forest is 2.5 times richer in terms of biodiversity of species than the very best Amazonian rainforest, and 1.8 times richer than the best Central African rainforest. This means that unsustainable palm oil production is destroying the most species-rich rainforests in the world. Orangutans, Asian elephants, sun bears, clouded leopards, Sumatran tigers, hornbills – these are just some of the better-known species losing their habitat and their lives due to unsustainable palm oil expansion.

Forest conversion for palm oil almost always impacts negatively on local people who are often reliant on natural forest for their livelihood. Whilst an estimated 2% of the Indonesian population make their living from the palm oil industry, almost 44% are reliant on natural forest resources. In Kalimantan, jobs on the plantations often go to migrant labourers from elsewhere in Indonesia, leaving a disenfranchised and dispossessed local population. On occasions when local people were employed by the plantation we discovered the household income for the family was still often reduced by up to 50%. In Indonesia, pollution from chemical spraying at plantations, and unprocessed effluent from mills from less scrupulous companies is getting into local water supplies – causing illness, particularly in children, and killing off fish stock, that in some areas was the focus of the local economy.

On a global scale, Indonesian deforestation for palm oil is also inextricable from climate change. There are widespread environmental and economical threats, not to mention human health risks, posed by the ever-growing problem of smog and smoke stretching as far as Kuala Lumpur caused by huge forest fires during the dry season each year. Furthermore, the topside clearance of peat-swamp forests is one of the most worrying environmental threats of our time. The subsequent release of CO2 and methane from peat reserves in Kalimantan and Sumatra (which in some places reach 60 metres in depth) is already impacting upon greenhouse gas levels and global climate change.

The devastating forest fires of 1997 made up 30% of global CO2 emissions that year. This was the greatest single anthropogenic release of greenhouse gases on record. The palm oil crisis is evidently a matter of critical importance, not only for Asian conservation, but globally. Perversely, the proposed development of palm oil for biofuel – initially provoked by the desire for a sustainable alternative to fossil fuels – will amplify the current problem unimaginably.
Posted by Films4Conservation at 20:38

i am so glad to see someone highlighting this issue. many species are impacted by this industry, including the sun bear and bornean bearded pig. thanks for bringing this to wider attention.

I agree, our society needs to be away of not only the products that contain palm oil, but also what it is doing to our beloved orangutans and other animal species. Thank you for making this website, and for helping spread the word. 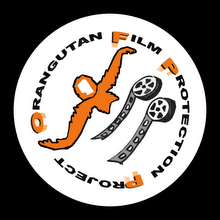 Part of the Films4Conservation Initiative Things you can do... 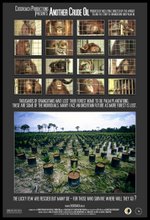 This is a Flickr badge showing photos in a set called Pram's Orangutan Rescue Photos. Make your own badge here. 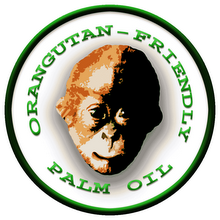 With certification of sustainable palm oil we'd like customers to be able to see some of the benefits of buying responsibly sourced palm oil.